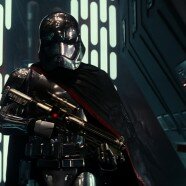 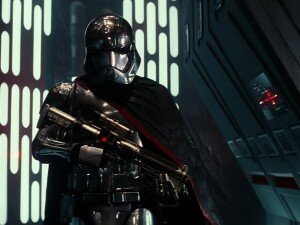 Captain Phasma. I hope she’s as badass as she looks.

You can feel it in the air, even among those that don’t normally move in nerd circles. There’s a wave of excitement and a sense of hope I haven’t felt since…

So much is riding on The Force Awakens. I’m not just talking about the careers of a bunch of actors and movie-makers from Hollywood. If the movie bombs, their careers may never recover, but I don’t think that will be as devastating as the crushed hopes of nerds everywhere. Many have already surrendered themselves to the excitement and bought their tickets for opening night. Others are a little more tentative, trying to avoid getting burned like they were sixteen years ago.

I really can only speak to my own experiences. I’m not the most avid Star Wars aficionado, but the original movies hold a very special place in my heart. It was the summer of 1977, I was in my pajamas and tucked into the backseat of my parents’ station wagon with some pillows and blankets. There was a giant bag of popcorn mom had made before leaving the house and a cleaned milk jug with cherry kool-aid in it. A giant metal speaker hung on the opened window, and a drive-in movie screen began the movie. By the time Darth Vader stepped onto the screen, I was hooked. We forgot about the popcorn. 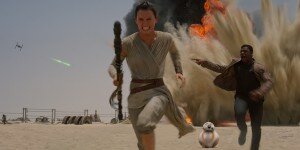 Rey, Finn, and BB8 running for their lives. I hope they’re as charming as they seem.

That Christmas, my father gave in to his own inner eight-year-old and bought all the Star Wars toys he could afford for my little brother. Even if ‘Santa’ had given them to my brother, I didn’t care. I played with them too. The movie and the joy it brought to my family is one of the foundation stones of why I am a nerd.

Then years later, George Lucas tried to make magic again. He failed. The prequels may have introduced a new generation to the Star Wars universe, but it left a bad taste in the mouth of many older fans. There was so much hope for a rekindling of the spark that brought us the original movies, but we should have known it was in vain from the twisted tinkering Lucas had done to the originals when ‘updating’ them. Maybe he thought he was giving us what we wanted, but he was too lost in his own, isolated vision to realize how much he was hurting his own legacy. There were flashes of greatness, but they were lost amidst a morass of “Oh god, why?” I don’t actually hate the prequels, but I certainly don’t love them and I do understand the wounded betrayal many fans felt.

In just a little under two months, The Force Awakens will be here and we’ll find out for better or worse whether the optimists or the pessimists will be right. I’m on the side of the optimists. Everything I’m seeing gives me the hope that we’re going to be okay:

Lucas doesn’t control the franchise any longer. Disney is in charge, and while they’re not perfect, they have a far better understanding of the value and power of nostalgia. It’s in their bones. 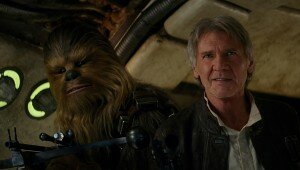 Disney has also done well with the Marvel Cinematic Universe. Through those movies they’ve shown they understand the properties they’re dealing with. Not all of the Marvel movies have been perfect, but they’ve got a pretty solid track record.

The teasers have been a magical blend of old and new in just the right amounts to get the audience excited. When they aired the first teaser, there was that moment where the music builds and then the Millennium Falcon soared onto the screen. The smile on my face traveled through time directly from 1977 and the backseat of that old station wagon.

I’m excited. Since the trailer was released this past Monday, I’ve watched it so many times. My inner eight-year-old is waiting with an anticipation usually only reserved for Santa Claus. I don’t want to think about what will happen if the movie bombs.

As someone else has already written, if this movie sucks, some nerds may never love again.