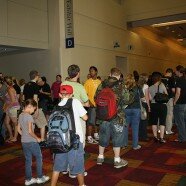 How To Avoid Con Plague 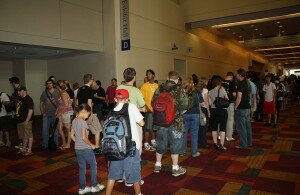 Let me state again how much fun I had at Origins. I know I said this in my article last week, but I want to be clear that I had a great time with everything I did and with everyone I got to spend time with. What I didn’t enjoy was the seven days and counting of hacking and snuffling and shivering that followed my return from the convention. I was pretty much taken out of commission from Wednesday through Sunday, and I’ve got a lingering cough that just won’t go away. We like to tell everyone about the awesome that is attending a convention, but no one wants to talk about the ‘danger’ of mingling with thousands of like-minded gamers. I am talking, of course, about the dreaded con plague.

It can strike almost anyone, rearing its ugly, snot-filled head at any point from during the con to days later when you think you’ve escaped it. I certainly thought I had escaped it this year. In the past when I’ve come down with something, I usually started feeling the plague on the way home. This time, it didn’t hit me until late Tuesday night after the con.

A quick search of gaming blogs out there will reveal plenty of articles on how best to avoid the crud, but I am going to let you in on a dirty little secret. Despite all the best advice, there is only one truly effective way to ensure you will be safe from the scratchy throated horror that is con plague.  It’s simple and awful, and no one that enjoys attending conventions will ever acknowledge the power of that truth.

What is that truth? Simply this: Don’t Go.

Well, duh! Avoiding going to a convention and exposing yourself to all those other gamers will prevent the sharing of happy little viruses and protect you completely from any chance of coming down with con plague. Of course, it will also prevent you from playing awesome games and meeting really cool people. So what do you do if you just can’t keep yourself away from the joy that is a gaming convention?

Get enough sleep. Getting enough sleep is incredibly important for your immune system, but it’s also the thing most likely to be ignored by many con attendees. There’s so much to do and see all hours of the day (especially at the big cons), it’s easy to push yourself to be gaming or partying morning, noon, and night. Most of us need at least six to eight hours of sleep each night, in a bed. Grabbing a few minutes in your car or on a couch in a semi-quiet location isn’t going to let your body get the reboot it really needs. As an added benefit, getting enough sleep means you won’t be quite as much of a zombie on the last day of the con.

Eat relatively healthy. It’s a gaming con. There’s going to be junk food as far as the eye can see. From the fast food being served in the convention center to the nearby food courts to the snacks that people bring with them, most of the food consumed during a convention is going to be on the low end of healthy. For your body’s sake, try and make sure you get one decent, nutritious meal a day. Whether it’s a healthy breakfast or a well-rounded dinner, eating a decent meal with all the food groups covered will not only help arm your body against the plague, but it’ll also give you the energy you need to keep going and actually enjoy the convention.  Nothing’s worse than feeling your energy crashing in the middle of a great game.

Stay hydrated. In addition to not eating well, too many people are dehydrated and don’t even realize it. Drinks with caffeine can slow down the hydration you get from what you drink, so it’s a good idea to drink water in addition to anything else. I always make sure to bring a case of bottled water for both myself and my friends. Many convention centers will also have conveniently placed water pitchers or dispensers around, so you can bring your own water bottle too.

Wash your hands regularly/Use hand sanitizer. Hand to mouth, eye, or nose. That’s how most germs get you. The best way to avoid that is to kill the germs on your hands before you can transfer the germs where they don’t belong. Washing your hands regularly is the best way to do that, and if you can’t do that, carry a small container of hand sanitizer and use it regularly. On a similar note, it’s important to bathe regularly too. Hygiene is part of health and at a big convention you’re going to be doing a lot of walking around, possibly outside in the summer heat. Do yourself and everyone else a favor and take a shower.

Avoid touching other people. This can be a tough one. It’s polite to shake hands and it’s not uncommon for friends, even con-made friends you only get to see at the con, to hug one another. After the PAX Pox (swine flu version) outbreak of 2009, the organizers ‘banned’ shaking hands. They instead substituted salutes or the bumping of elbows. You are, after all, unlikely to shove your elbow into your mouth after bumping it against someone else’s in greeting. Of course, if you can do that, there’s probably a career on YouTube for you.

Boost your immune system. Fellow princess Alana dosed herself up with Airborne throughout Origins and avoided the con plague totally. I usually try and take a good multi-vitamin and Echinacea supplements regularly, but I’d run out a few weeks before the con and couldn’t afford to replace them right away. That’s likely the reason why I was the lucky one to get sick. Some people advocate for using vitamin C supplements, but there’s mixed research on whether or not it actually helps. Zinc and elderberry extract can also help somewhat. Find what works best for you and try and stick with it, especially before and during the convention. 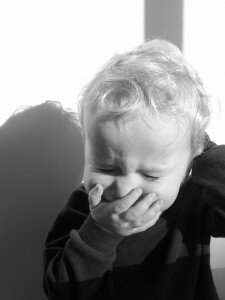 Most of the information here boils down to ‘take care of yourself’. This is something you should do most of the time, but too few of us actually do as well as we should. Conventions introduce us to all kinds of people and their germs, but also tend to run us ragged as we soak in all the fun. I would never give up going to conventions to avoid getting sick, but I should do better to remember how to help keep myself from actually getting sick.

I hope this was helpful for at least someone. For now, I’m off to go find another cough drop to keep from hacking up my germs all over my poor, unsuspecting co-workers.