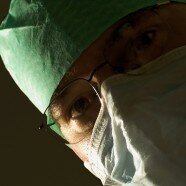 How Epidemiology Killed a Campaign

“No plan of operations extends with any certainty beyond the first contact with the main hostile force.”
~ Helmuth von Moltke

We often hear the above quote paraphrased as “No plan survives contact with the enemy.” Roleplaying games are a cooperative entertainment, so GMs should never consider their players ‘the enemy’, but players are incredibly adept at throwing a wrench in plans, no matter how loose or meticulous those plans may be. Running a game needs preparation, but it also requires the ability to think on your feet. Everything you prepared accounts for the players going right, but they will find a perfectly logical reason to go left. Failure to adapt to the curve balls players throw at you can potentially cause a game to crash and burn. 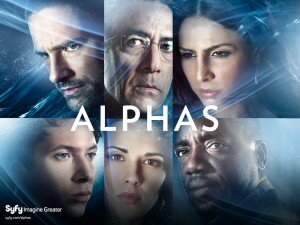 Awesome show, definitely worth checking out, even if SyFy canceled it. They cancel everything good.

One of my great loves is superhero games. Having been a huge Uncanny X-men fan, I leap at the chance to play in any game that borrows lovingly from that series. Not surprisingly, I also enjoy running superhero games, specifically exploring the varying levels of ‘realism’ in the different flavors of comic book stories. There’s a vast difference between the four color escapades of the Justice League and the one-step-left-of-reality stories in a television show like Alphas.

The last superhero game I attempted to run was intended to be a realistic setting where powers were previously unknown and the characters would be discovering their own powers as they dealt with the mystery of why it was all happening. To introduce powers into the setting, I thought I was being very clever in describing a flu-like sickness that occurred about a month or so prior to the beginning of the game. It was made clear that each of the characters had suffered from the sickness, but had since recovered. There were even references to news stories comparing the virus to the Spanish Flu of 1918 due to it targeting healthy, young adults instead of the very young, old, and infirm. In actuality, the virus was a bioengineered means of awakening powers in those with latent abilities. Certain secret groups had fought over control of the virus until one rogue group released it in a way that would deliberately spread it across the country.

I’d considered how the virus functioned, how it was spread, and what it would do to those infected. That didn’t stop my players from being smarter than I was.

All in all, the campaign started out fairly well. Each of the players had made a normal, average person that I then created powers for. Over the course of the first couple of sessions, they began to learn about their own powers while also dealing with shadowy organizations trying to either manipulate them or make them disappear. After the first couple of sessions, once they had a handle on their own abilities, they began to make headway on the mystery of why it had happened to them and on helping others who weren’t handling the sudden appearance of powers as well as they had. 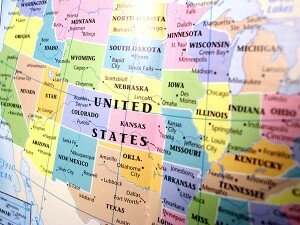 Imagine a virus deliberately released at all major US airports…

The trouble started when the players began to really piece together an understanding of what had happened to them and now was happening to others throughout the region and further. Discussing it and putting clues together, they calculated the number of people that had been infected by the flu and were or would be developing potentially dangerous and uncontrolled powers in major population centers throughout the world. Following the logic of their conclusions, which completely coincided with what I had set up, the virus would lead to some truly apocalyptic effects on the modern world. There was no way the government would be able to keep a lid on what was coming, let alone keep order in a world where that many people were developing powers. Like the guy who could detonate himself like a bomb; or the girl who could raise the dead as if they were puppets; or even the PC who could command the entire rat population of any given city.

Suddenly my little ‘realistic superhero’ game turned into an ‘It’s the End of the World’ game. I couldn’t really argue with any of their conclusions. Their logic was sound and they’d followed the story line to a conclusion that made perfect sense, even if I hadn’t accounted for it.  The game had spiraled out of my control and I didn’t know how to handle it.

In the end, I flaked. We ended the campaign at an awkward point and I never gave it a satisfying conclusion. The players still talk about the game with fondness, but I cringe every time I think about it. Beyond my own failure to adequately plan, or meaningfully adapt to their ideas, I also felt guilty for disappointing them.

Failure is often the best teacher and I definitely learned some valuable lessons from crashing and burning with that campaign. No matter how clever I might be in setting up a game, my players are equally or more intelligent than I am and there is no way to account for every unexpected, intuitive leap they’re going to make. Beyond that, I also learned that I needed to step up my game preparation. My ideas were good, but if I had done more research on the spread of the virus and the population numbers that would be affected, I would have realized that I had overdone it and cut back appropriately. These were players I had been playing with for years, so I knew that was something they would eventually look into. It was a lazy mistake that I could have easily avoided.

The most important thing I realized was that I needed to learn to roll with my players’ ideas better. There’s no reason the game couldn’t have explored the sudden introduction of powers into a world that wasn’t ready for them. I could have taken the game we started playing and easily morphed it into a setting that was crumbling around them and evolving into the post-apocalyptic scenario they were predicting. It could have been an amazing game if I had just been flexible enough to let go of my preconceived notion of what the game was supposed to be.

Several months after that failed campaign, I started running a new game in a completely different system and genre, but it still benefited immensely from what I had learned. Happily, for both my players and I, that game is still going strong over a year later. The art of being a GM is finding the balance between having a plan and knowing when to ignore it and enjoy the ride your players are about to take you on.

Special thanks to Jason Tondro for being my ultimate source on all things comic books.