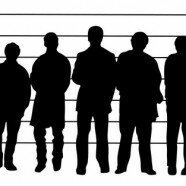 A while back, a friend and I would regularly discuss our GMing styles and offer each other suggestions and constructive criticism. We were still newish to running games, so the shared feedback was invaluable for both of us. We were in the midst of his second campaign and something had been frustrating me about the game. I struggled with a diplomatic way to put it, but it wasn’t quite coming out right. Finally, in my nuanced and oh-so tactful way, I blurted out, “All of your NPCs are dicks!”

Luckily my relationship with this particular friend is such that we can handle being occasionally tactless with one another. I went on to explain that my ultimate problem with his game was that I couldn’t see my character continuing to stay involved with the plot because everyone she’d met so far had been rude, condescending, demanding, shady, or downright unfriendly. Why would she put her life on the line to help these people out if they were all ungrateful jerks? There is only so far the lure of gold pieces will take a character. The discussion helped because the next campaign he ran went much smoother with a wider variety of interesting NPCs keeping the players involved and interested in what was going on. 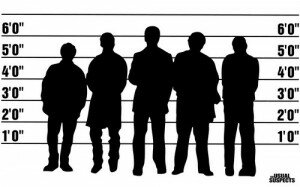 A lack of variety among NPCs seems to be an easy trap GMs can fall into. I’ve seen it happen with both new GMs still getting a feel for how to run a game and old pros that don’t realize they’ve gotten stuck in a repetitive rut. Players handle creating the personalities for their characters and possibly giving some framework for the NPCs in their backgrounds, but it’s up to the GM to populate the rest of the world. With all the other things the GM has to keep track of before, during, and after a game, that’s a pretty heavy burden to bear. Some GMs may be blessed with a natural acting ability that lets them bring NPCs to life with a minimum of fuss, but the rest of us have to work at it.

For my own games, I want to populate the world with a wide variety of NPCs, both friendly and unfriendly, but I find myself struggling with the darker, more threatening style of NPC. As a fairly upbeat and optimistic person, it’s easy for me to introduce the friendly or humorous NPCs, but adding in the darker or more Machiavellian characters is difficult. Since I don’t think that way easily on my own, it’s hard to maintain the mindset needed to introduce a compelling NPC that does think that way. It’s something I regularly work at and try to get better at. Ultimately, the game world should have a variety of NPCs, both good and bad, for the players to truly fall in love with the game.

So, whether we’re dealing with cookie-cutter NPCs, a rut where every NPC comes across the same, or a weakness at playing a certain type of NPC, what do we do? Keep trying to get better; creating and playing NPCs is an ability that can be developed like any other skill. It takes time and practice and a willingness to try different things.

Here are some things to keep in mind:

The subtler aspects of NPCs are going to be lost on the players, so paint them with broad strokes. At some point, ask your players what they remember about certain NPCs you’ve introduced in previous games. More than likely, they’re going to remember the larger details of personality and deeds. “Oh, he was the smarmy and growly guy that ran the fight ring.” “She’s the airhead socialite that dated the monkey!”  Unless they are constant ‘guest stars,’ NPCs with subtly nuanced personalities are going to get overlooked and forgotten in the face of more interesting events and characters.

Plot hooks land better when they’re presented by NPCs that catch the players’ interest. You can hand feed your players a plot hook through a generic NPC, such as a tavern keep or a bartender, but they’re only going along with it because it is what’s expected of them or there’s nothing better to do. If you breathe a little life and personality into your NPCs, your players are going to be far more interested in what’s happening in the game. They’ll remember the mission they went on to help the wizened and grandmotherly goblin witch that looked like she could have been Yoda’s mother far more than they’ll remember the job they got from the generic bartender.

Keep track of your NPCs! Having to play the rest of the world is a big job, but it is an important one. As an extension of that, it is also vitally important to keep track of the characters you’ve introduced to your players. It’s not as much of a problem with NPCs you’ve put together through careful prep work before the game, but there are often NPCs made up on the fly as the players bring up ideas you hadn’t thought of beforehand. If there’s a chance at all they’ll interact with that character again, make sure you note who they are and what their involvement was. The ‘airhead socialite that dated the monkey’ mentioned earlier was a throwaway NPC made up on the spot when they decided to call some of the numbers in the monkey’s little black book. They got such a kick out of talking to her that they called on her several times during the rest of the campaign.

If you’re not good with coming up with NPCs on the fly, make a cheat sheet. A long time ago, I played in an awful game where the GM named all NPCs Joe or Bob or Joe-Bob. He was absolutely horrible at coming up with names for NPCs in the middle of the game, but he also didn’t really care enough to try and get better at it. Needless to say, I didn’t play in his game for very long. Even GMs good at coming up with NPCs on the spot may need a little help now and again. Putting together a cheat sheet of details you can draw on during the game can be an extremely helpful tool. I usually put together a list of genre/setting appropriate names, but you could go even further than that and put together more details. As a pre-made tool, I recommend checking out Masks, a book of 1000 NPCs put out by the authors at Gnome Stew.

Occasionally step back and examine who you’ve been using most lately. While relevant to our topic of NPCs, this is crucial for any element a GM uses, from settings to plot hooks and more. We all have tools we’re comfortable using, but falling back on those too often without changing things up will get repetitive for your players. Review the NPCs you’ve used most often and determine if you need to bring in someone with a different flavor to spice things up. Try and think about it from the player’s perspective as well; you may know the background differences between some NPCs, but they may all look the same to the players.

Of course, not all NPCs need to be distinct and interesting. Sometimes a bartender really is just a bartender. The ones that do matter, though, should be as varied and interesting as the world you’re trying to make. Most importantly, they shouldn’t ALL be dicks.