A show of hands: how many of you geeks out there have heard someone say (or have said yourself) “I have an awesome idea for a game?” Probably a lot. Most of the time these ideas are for running games within a set system, but occasionally it’s an idea for a whole system, or a board game, or even a clever variation on the typical gaming equipment. Until recently, you couldn’t really get an idea like that off the ground unless you had the backing of a company. 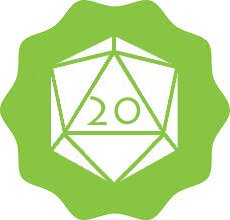 Via Kickstarter, crowdfunding and social media is ushering in a new golden age for interesting, innovative, and just plain awesome gaming stuff.

Maybe you heard about what happened last summer, when Reaper decided to Kickstart their line of BONES minis. If you didn’t, here’s a quick summary: Reaper, known for their pewter gaming miniatures, put out a line of models made with a PVC-like material. With only 12 figures in the BONES line, Reaper was pretty surprised to find that 1/3 of all models they were shipping/selling were BONES. They wanted to make more models, and quickly, but they needed a lot of capital for that. So they went to Kickstarter, asked for $30,000.

But before that, they shared the wealth.

You see, as the Kickstarter exploded, Reaper added stretch goals. Every goal added more minis to the original 30-mini incentive. By the end, everyone who had pledge $100 or more wound up with all of these minis, guaranteed:

(You’re going to be scrolling for a bit, don’t worry, I’ll be here when you get done).

Plus you could add on a whole bunch of different minis in addition to that. 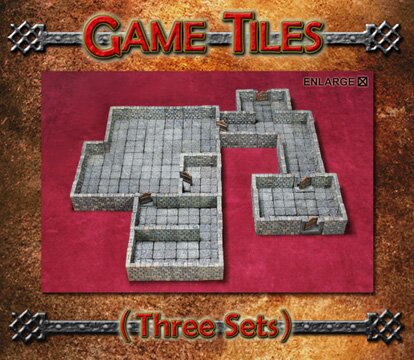 Much like Reaper, they decided to take their beautiful, but pretty darn expensive 3-D dungeon layout products, and make PVC—er, Dwarvenite—version of it. They asked for $50,000, and hoped to get more so that they might be able to offer stretch goals that would double the number of sets everyone would get.

In three hours, they were fully funded.

In less than 50 hours, they had hit a quarter of a million.

Now, with 33 days left (as I am writing this), they’ve already got over $309,000 dollars, and the stretch goals are just starting to get interesting. It’s poised to potentially go as crazy as the Reaper Kickstarter did. 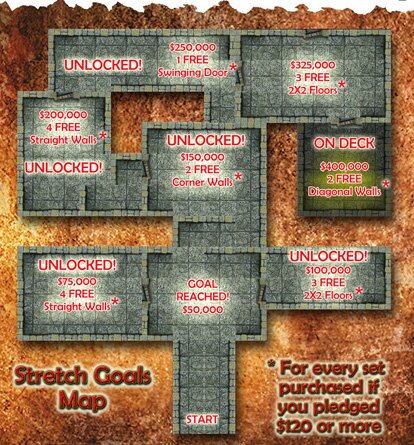 Those are both heavy-hitters on Kickstarter, however; plenty of smaller projects have gotten their start there, too. I have a friend who raves about Bhaloidam which found life thanks to backers on Kickstarter. I’m sorry I missed that one, but I did get in on some nifty LED-minis called “Doppelgangers,” which I intend to use for games like Mage the Awakening to represent my somewhat . . . unique-looking character. 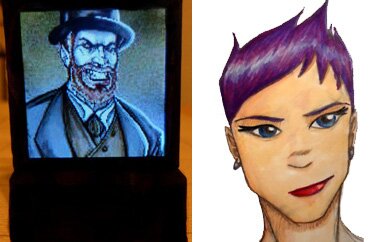 Yeah, they don’t make too many modern-day female minis with spiky hair

I’m also keeping a watchful eye on a board game called Myth, which looks like it might get interesting.

I’ve heard it argued that Kickstarter is becoming corrupted by corporations that are using it to get their funding from the “Little Guy” and reap nothing but profits in return. The strongest example of this is The Veronica Mars Movie Project. Don’t get me wrong, I loved the show and I love the idea of the movie, but unless you have a lot of money the rewards are only OK, and the backers aren’t going to get a part of the ticket and DVD sales—the company that took the show off the air is.

Still, those widely publicized projects, like Veronica Mars, draw eyes to Kickstarter, and the more eyes on Kickstarter, the more likely the smaller projects will get seen.

Besides, if Kickstarter was really so corrupt and evil, wouldn’t the Open-Source Death Star have gotten a lot more funding?