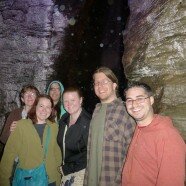 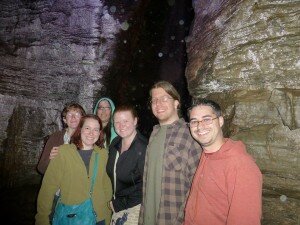 At the end of January, I moved back to my hometown. It was a combination of factors (great job opportunity, being closer to family, health problems… ) and overall everything was going to be great. The only problem? All of my gaming people are now two hours away!

The original plan was to do an article series finding a new gaming group. I was going to check out local game stores bulletin postings, maybe try meetup.com, the whole nine yards, and then write about it. What worked, what didn’t, and how the whole experience went. And then Mike ruined it.

Mike and I knew each other in middle school and high school. I would not say that we were friends and I think he would agree (I was kind of a raging jerk at that point in my life), but we did run in the same circles (drama club, what what!). We were friends on Facebook, he knew I was back, apparently had faith that growing older would have mellowed me out a bit, and invited me to game.

I was pretty nervous. More nervous, I think, than I would have been going into a group of strangers. At least if I didn’t like the group I could just never talk to them again. But since Mike is a nice guy, I was hoping that things would work out. Plus, it’s way easier than finding a group from scratch.

The gaming group is pretty mixed. Some people I went to school with, some I have only met though this group. One person falls into both categories, as my high school was big enough that I probably only knew about a quarter of the people in it, at best. I am the second-oldest person, whereas in my last group I was the second-youngest. I am still one of the loudest (that hasn’t changed since middle school).

The first game session, we built characters for a Spirit of the Century game, drank hard cider, and ate Doritos. We were supposed to start the game itself, but we were busy laughing, telling stories, and having a good time. Also, we all built characters where, if the GM had kept the original fighty-oriented nature of the scenario, we would have had to build new ones by the next game session.

One of the other interesting things with this group is that Mike also makes podcasts of our games (expect to see some cross-promotion on this in the near future, especially once he gets our session of Tales of the Arabian Nights edited, as we also play board games together. I will be writing a review of the game, which will be linked to the podcast. Spoiler alert: I freakin’ love that game.). It’s not something I ever would have thought to do, but recording games makes great sense from a GM standpoint. Not only for being able to review game, but also better analyze what worked, what didn’t, and improve. I am really looking forward to the fact that if I ever do run something for this group, I’ll be able to do that. I do have my own recorder. Imitation is the greatest form of flattery, etc.

I am at a point in my life where one weekly-ish in-person game session is sufficient for me, so I don’t know that I will seek out other groups in the near future. It’s a possibility. But for now, I have a group with whom I can play tabletop RPGs, board games, and go spelunking. 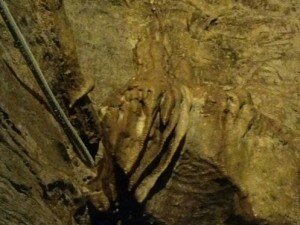 No, seriously. We went to this cave and were making Cthulu jokes the whole time and then there was this rock that looks like a squid.