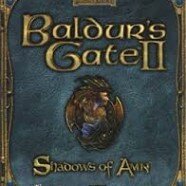 Adventurer Misadventures: The Lich in the Spigot

I mentioned in my introduction that I’d been playing RPGs for a few extra years if you counted playing Baldur’s Gate 2 before I knew what D&D was, let alone the fact that there were “Editions.” 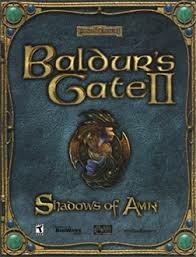 So many youthful hours were spent in Amn. . . .

I LOVED this game. Still do. But I had NO idea what I was doing back then. When characters leveled up, I am fairly certain I tried to “make all their numbers as big and even as possible.” I cringe at how badly I played BG2. However, my lack of  understanding certainly made things interesting and challenging and fun (thanks mostly to the QUICKSAVE feature, which prevented me from losing TONS of progress every time the main character croaked).

At a point in the game, you wind up in the Underdark which, under the best of circumstances, is never a good place to be. You would think when I came upon an odd structure with a number of spigots attached to it in such a hostile place that I would just walk away. My actual reaction? 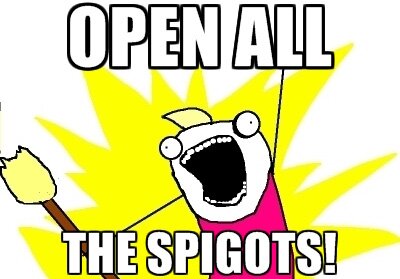 Hey, this IS an adventuring party we’re talking about.

Needless to say the spigots spewed creatures and things rather than liquids, and one of the charming gentlemen who popped out looked something like this: 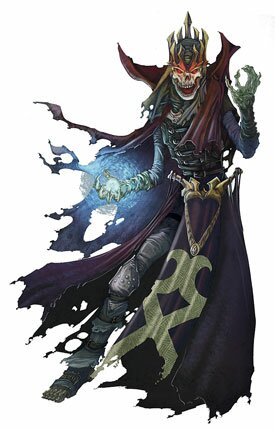 Image (c) Wizards of the Coast

Any hopes I might have had of reward for freeing the Lich from his prison were swiftly destroyed by him murdering my entire party within seconds of being freed.

My Team Vs. The Lich did not go well for SEVERAL HOURS. There was a point where, to save time before going back into what would be another ill-fated battle, I had quicksaved after Jaheira (the druid) and Imoen (the thief/mage) had summoned animals and monsters (respectively) and everyone had been buffed up the arse by Anomen (the cleric) and whatever potions I had lying around in our collective inventories. I would like to reiterate that I had NO IDEA what I was doing, I just figured “more little symbol-y things on my portrait means less stuff hurts me and I hurt other things better.”

Eventually I got bored, and decided to switch things up. Since Jaheira’s ainmals were failboating pretty hard, I had Anomen summon up some skeletons. I didn’t have much hope for them, either, but off we went to “I don’t know what this buff does but it can’t make things any worse” land, and then we opened the spigot.

Lo, our buddy the Lich casts Time Stop and a number of other nasty spells, and as my party was about to TPK for the hojillizillionth time,  the Lich suddenly drops dead.

My jaw drops to the floor.

I scroll back through the battle text, completely baffled, wondering what just happened. That’s when I see two lines of text:

After EVERYTHING I’d been through trying to defeat this guy, he ‘d choked on a saving throw against his own spell, and killed himself because he wanted to nuke Anomen’s weakling skeleton summons.