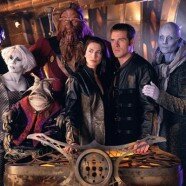 It’s Not the System

Origins was fantastic. Pretty much everything about the experience this year was enjoyable. The games I played were all good, I got to see good friends I only get to see at cons and got to meet new, awesome people that will hopefully be friends in the future. This isn’t a convention recap, though. On the way home from the convention, I had a realization about myself as a gamer and the games I prefer to play. It was something I should have understood a long time ago, but I never really put my finger on it until we were talking about what we all did in the car on the way home: ultimately, what I want out of a game is a good story.

That may seem like a very obvious, ‘duh’ thing to say, but it’s also one of the hardest qualities to find just by looking at an event schedule listing. You can easily determine the system and the genre, but the quality of the storytelling you’ll get at the table is a mystery unless you already know the Game Master. As a result, it’s easier to gravitate towards systems and genres that you have enjoyed in the past.

The problem with this is that one bad experience can sour an entire game system, or even a whole genre. Trying a new system with a horrible GM is unlikely to make anyone ever want to try that game out again. Genre tends to be a little more resilient since it is easier to find multiple systems supporting a particular genre, but it’s not uncommon to see an entire system get a bad name because of an awful game experience.

This Origins, though, I came face-to-face with the realization that the system almost doesn’t matter for me. It’s all about the story the game tells. 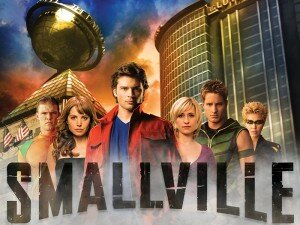 I will probably watch it all at some point, but I’m more a Marvel Girl.

Three years ago at GenCon 2010, I signed up to play a Smallville game. Margaret Weiss Productions was showing off the Smallville RPG as its latest Cortex system game which was due out that September. I believe they even had a few advance copies available in the dealer hall. While I wasn’t really that big a fan of the show, I enjoy super hero games of all flavors and I’d always had good luck with Cortex games. From Serenity to Supernatural, some of my best con games had been from Margaret Weiss Productions. From the GM who introduced me to Supernatural in a pick-up game to make up for a quick TPK to the GM who played one of the most fantastically fun bag-lady NPCs I’ve ever seen, Cortex games had always been solid, reliably good games. Smallville broke that trend with a resounding, awful crash.

It was, hands down, one of the absolute worst con games I have ever played. The GM set off some warning bells early on, obnoxiously bragging about how awesome the new system was and how it put the old Cortex games to shame. Belittling something I had previously enjoyed was not a good way to win me over. He also kept insisting that the new game was designed to bring the ROLEplaying back to RPGs. Then, despite having four players at the table ready to go, he delayed the start of the game for over forty minutes. He absolutely insisted that the scenario was designed for six players and he couldn’t possibly run it with less. I was packing up to leave when two more conscripted players joined us. Briefly, my hopes were raised. The other players at the table seemed to be a pretty cool bunch and as we chose characters, there seemed to be a decent rapport developing between each other. Then the GM started the game.

I’ve been railroaded before, but that game took it to a whole new level. Usually, it shows a weakness in the GM’s abilities as they fail to compensate for players going in directions they hadn’t really expected, but you can sometimes still have a fun party in the lounge car on the way to your destination if you’ve got a good group of players. In this Smallville game, it was more like we were cattle crammed into a freight car with no wiggle room on our way to the slaughter house. It didn’t matter what we said we were doing, the GM was bound and determined to follow the script in his notes and get us from point A to point B with no detours along the way. His insistence on having six players should have been proof enough that he had no ability to improvise but the way he ran the game was a huge, neon sign broadcasting, “no creativity here.”

The final issue was that it wasn’t the Cortex system I was familiar with. This was ‘Cortex Plus’ which really was a different beast from the flexible, generic system they’d been using up until that point. Serenity and Supernatural were each tweaked for their respective settings, but they were – for the most part – the same system. The new version of Cortex was a different beast altogether and the GM, despite his bragging, didn’t really explain it very well. Most of the many dice rolls he was having us make didn’t really make sense and he was having us roll for many things that should have just been roleplayed out. I finally lost my temper and snapped at him when he had the player running Oliver Queen (and doing a fantastic job if it despite the GM) start rolling dice for a verbal ‘who’s got a bigger sausage’ contest with a rival NPC. The GM stopped a great scene dead to roll some dice and killed any momentum the game had picked up. 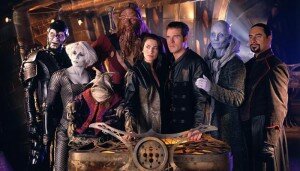 Frelling awesome show. One of the best SF shows ever. If you haven’t watched it, you really should give it a try.

In one awful game, all the good will that had been built up by the previous Cortex games was gone. I had been soured to the new Cortex Plus system and despite liking other properties using variations of the system (Leverage), I had little interest in trying them out. I did give a Marvel Heroic RPG game a try at last year’s GenCon, but while it wasn’t the awful experience that the Smallville game was, it didn’t really do much to endear me to the ideas behind Cortex Plus.

For Origins this year, I signed up for a couple games based on two shows I absolutely adore: Farscape  and Avatar: The Legend of Korra. The event listing said the system was ‘Cortex’, but it didn’t say ‘Cortex Plus’, so I assumed it was the old, more generic version from Serenity or Supernatural. When I sat down at the table for the first game, I discovered that it was actually a version of Cortex Plus that the GM had tailored for a Farscape game. I’d heard good things about this GM and that his group, Matinee Adventures, always ran good games, but I was still nervous. I didn’t want to spend the game making rolls for things that should just be roleplayed out.

Turns out, I had absolutely nothing to worry about. This GM had a good handle of the setting and how to craft a story with the game and the players he had at the table. Suddenly, in the hands of a good GM, I could see a little of what the creators of Cortex Plus had been trying to get at with the system and how it could be used to help define characters and make the dice rolls a little more personal to the story being told in the game. By the time the con was over, I played a total of three games with that GM, two Farscape games and the Avatar: Legend of Korra game. Each one was memorable and fun with the story making me feel like I was taking part in a lost or unaired episode of the show. 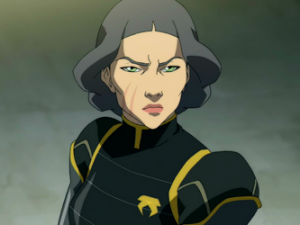 So, what am I trying to get at with this long, rambling anecdote? For me, at least, the system doesn’t factor that highly into what makes a game good. When I was introduced to a system with a horrible GM, I hated it and couldn’t see ever voluntarily playing the game again, but when I stumbled into giving it a second chance with a good GM, I suddenly saw the system with all new eyes.

There are definitely gamers out there who put a higher value on the mechanics of the system they’re playing, but for me, it’s really just the plate the game is served up on. Who cares whether you’re eating on a paper plate or fine china if you’re getting a really tasty main course? If I know the GM is going to tell a good story in a setting or genre that I enjoy, they can use whatever mechanics they want. On a mechanical level, I may prefer Savage Worlds to GURPs, and I have no desire to ever play 1st or 2nd edition D&D again, but the important part for me is always going to be the story.

So what do you think? Have you found yourself looking at a system with new eyes once a good GM ran it for you or did you find that the system still ruined the game for you?