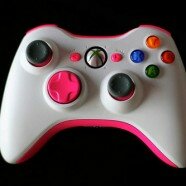 Guilty James in the “Prisonic Fairytale”:

In the previous sections, I gave a brief survey on previous writing about Silent Hill. That was essentially “Part One” of the essay broken down into more appropriate lengths for a blog post. We discussed Santos, White, and Kirkland, among other things. Writers before me have already spoken of the connection between player and avatar, and they have already established that guilt and inward trauma are driving factors for the game’s narrative. They have also established that the game world reflects these factors. Bearing this in mind, I will explore James’ guilt and how it is represented in the game (landscape, monsters/Doppelgangers, sound, etc) in order to conclude that he is both the protagonist and the antagonist.

First, let us look at the Freudian psychoanalytic approach to guilt. This topic will take up most of this post with Doppelgangers and other things coming into play for the last post. Post-1920 Freud “introduces the agency of the super-ego as part of the new triumvirate (including the id and ego)” (Johnston, 250) and that “one of the crucial philosophical upshots of the Freudian conception of the super-ego is that not all of conscience (that is, consciousness of guilt as conscience) is conscious” (Johnston, 250). Because of this conception of the super-ego, it means there are unconscious and conscious dimensions of the mind and guilt within it.

Considering this, Freud declares that “the normal man is not only far immoral than he believes but also far more moral than he knows” (Johnston, 250). That being said, it means that a person can disobey their conscience with or without being aware they are doing so; as Freud sees it, “although the conscious ego isn’t aware of the infraction, the intrapsychically omniscience super-ego certainly is—and there are consequences” (Johnston, 250-251). Namely, the consequence means guilt, unconsciously or consciously felt which may seem irrational, “a sense of culpability minus an awareness of a transgression as a preceding cause” (Johnston, 251) which can manifest as feelings of anxiety and fear if not recognized as guilt.

This is precisely what happens to James in Silent Hill 2. James is not consciously aware that he has murdered his wife, Mary, but his unconscious super-ego is definitely aware. James’ guilt in the beginning of the game is manifested in the form of a false letter from his dead wife. In the letter, “Mary” writes:

In my restless dreams, I see that town, Silent Hill. You promised you would take me there again someday, but you never did. Well, I’m alone there now, in our special place. Waiting for you. (Silent Hill 2)

James then contemplates the meaning of the letter; he knows that the dead can’t write letters, but he wants to believe he will find her there anyway. This is the player’s first indication that not all is well in the mind of James Sunderland. Even his name, “Sunderland,” suggests a sense of fragmentation and incompleteness. Unable to remember the event of his crime or comprehend the unconscious guilt of his crime consciously, his unconscious mind fabricates a letter to lure him into the town of Silent Hill to discover the truth. In other words, it represents the “guilt-in-search-of-a-crime” phenomenon (Johnston, 251). James feels compelled to go into Silent Hill by this letter and any attempt to leave will prompt an on-screen message telling the player they have unfinished business.

Considering that we know unconscious guilt is the driving force of James’ actions and the game’s narrative, we have to consider the purpose of the guilt and how it manifests in-game. In 1914, Freud writes about how the conscience “coerces the ego, through (the threat of) guilt, to maintain an orientation and proximity to the norms, values and so on enshrined within the psychical apparatus in the form of the “ego ideal”” (Johnston 267). If the ego strays too far from this ego ideal, the conscience inflicts “a penalty consisting of unpleasurable negative affect” (Johnston 267).

In James’ case, he takes this to a masochistic level, and Johnston discusses the “negative therapeutic reaction” in connection with the “unconscious sense of guilt”—James is driven to wallow in pain and anguish because of guilt because on a certain level, he is convinced that he should be miserable and that he doesn’t deserve to be “relatively happy and healthy” (Johnston 266). He engages in “an affliction that can manifest itself in such a masochist as excessively brutal self-criticism…in which the super-ego is far more vicious and unforgiving than any external authority figure” (Johnston, 267).

Remembering Mary’s in-life words referring to Silent Hill as a sacred place and remembering her desire to return with him there, his unconscious picks Silent Hill as the space where the player witnesses and works through James’ guilt. Keeping in mind the sacred nature of Silent Hill’s past and James’ unconscious guilt, James’ super-ego puts him on trial in Silent Hill because there is a “pronounced need for punishment that can be satisfied either by the internal super-ego or the external world… the super-ego, operating below the threshold of consciousness, is invariably the unconscious source of consciously registered suffering” (Johnston, 269). In the game, the unconscious super-ego and the external world’s landscape of Silent Hill work hand-in-hand as James’ conflicts his inner demons in a very visible and physical way.

Douglas Hollan’s writing about the constructivist model of the mind and contemporary psychoanalysis have also proved fruitful for discussing the nature of James’ guilt and repression. He asks a vital question—“How can a self hide important information from itself about itself?” and this question is highly appropriate for a character like James (Hollan, 539). He approaches the constructivist model of the mind which assumes this position:

The consciousness of ourselves and other things must be actively constructed out of our myriad engagement with the world. Many of our engagements will remain unconceptualized, unverbalized, and outside conscious awareness unless or until they gain representation through complex symbolic processes. Here, self-awareness, once developed, is not a seamless, unfractioned whole, but rather the end product of a complicated series of feedforward and feedback loops within a broad and open system of information exchange. (Hollan 539)

This appears to be the case for James. The game represents these complex symbolic processes as James develops representation for what he has done and then develops consciousness of it. The self-awareness he gains at the end is, of course, not a seamless whole either considering there are six different endings and the “true” ending is left ambiguous.

The constructivist model that Hollan explores also accounts for the splits in human consciousness that Freud also explores. In this case, Hollan asserts that these divisions:

may serve, under certain circumstances, to enhance survival, adaptation, and communication…divisions in consciousness seem adaptive, perhaps even necessary…splits and divisions of consciousness could divert, and then preserve for future motivation or developmental growth, vital interests and needs of the individual that are inexpressible and unrealizable because (at least temporarily) in conflict with the social and emotional needs… (Hollan, 539)

This model also goes on to account for how repression works for the mind; we push away unpleasant thoughts and feelings for later. Certain trauma, for example, can be so life-shattering that they just “never become cognitively and linguistically processed and represented” (Hollan, 540). Thus, the individual experiencing such a trauma ends up with a “not-me” and “not-knowing” situation.

In James’ case, bearing in mind Freudian psychoanalytic theory in connection with guilt and Hollan’s constructivist model of the mind, James kills Mary and forgets his crime. He is not conscious of his experience, but his super-ego is aware and unconscious guilt is consciously felt as anxiety and fear. The events of the game seek to bring meaning and representation to James’ experience, confronting James’ repression and guilt by bringing the intrapsychic conflict into the material world of Silent Hill through his hidden willfulness (Hollan, 541).

While Freudian guilt and masochism seek to destroy the subject, Hollan’s constructivist model perspective seeks to preserve the subject. Juxtaposing these two positions, I can argue that James is both protagonist and antagonist as he seeks to work through his guilt. On one hand, his unconscious super-ego is punishing him, but at the same time, his super-ego is pushing him toward realization of the truth. From there, depending on the ending that the player achieves, he can either commit suicide, attempt to resurrect his dead wife, leave the town with a fictional copy of Mary known as Maria, leave the town and adopt a little girl named Laura… or the player gets two “joke” endings which suggests that everything the player accomplished was insignificant.

So, how does the game symbolize and provide meaning for James’ guilt? It is necessary to keep in mind the structure of the game’s narrative, use of monsters/Doppelgangers, environment/landscape, music/sound, and reader/player interpretation. More on this topic on the next and final post of this series. Thanks for reading, guys!