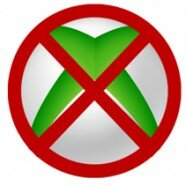 You’ve probably heard a little something about the Xbox One, its original announced features, and the retraction of most of those features when the internet exploded in a riotous uproar of hate culminating in Sony’s PS4 getting about twice the preorders as Microsoft’s next-gen offering. 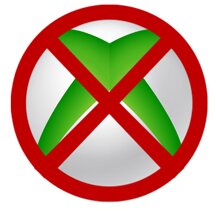 The most accurate “X” for this is the red one.

Now, whichever side you’ve taken in the console war in the past, let’s set that aside. Let’s also set aside whether or not it creeped you out that the Xbox One was initially going to be connected to the internet all the time*, you still can’t disable the camera/microphone/kinect (which can sense body heat and heartbeats**), or that Microsoft was one of the first companies to sign on with PRISIM.*** I am not going to argue specs or pricing or exclusives or whatever.

What is important to focus on is that the Xbox One was  a massive opening salvo against us, the gamers . . . and even though we were able to deflect it, we cannot let Microsoft off the hook because they “fixed it.”

I have varying degrees of respect for game publishers, usually varying with the quality of game they put out and how they treat us. EA is on the “Not Even a Vague Amount of Respect” part of the list, because of things like the fiasco surrounding Simcity. I understand why game publishers like EA want to embrace things like DRM, but so far I think they’re doing themselves more harm then good. The worse you treat your customer, the more likely they’re going to pirate your projects to “get back at you.” Or, in the case of the Xbox One, they’re going to cry out in rage and buy up your competition’s console instead of yours.

Even after the massive course-correction, if you’re any sort of sane gamer, you should run away from Microsoft as quickly as you can. 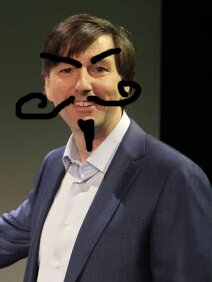 What? Most of you were thinking this when Don Mattrick was presenting.

The original features of the Xbox One meant that if you didn’t play by Microsoft’s DRM-inspired/enforcing rules, they were going to take your games away from you. Gamers were furious and they had every right to be. If you pay $300-$400 for a system, and an additional $20-$60 per game, you should be able to use that game and system however you please. You should be able to swap games with a friend for a week because you want to try Game A before you buy it, and he’d like to give Game B a go. You should be able to bring your multiplayer disc over to a friend’s house and not have to log into your own unique account to play it. You should be able to sell your games when you’re done, giving someone else who doesn’t have the same financial means to buy brand-new games a chance to play something they couldn’t afford otherwise. Or, you know, you could sell them to help yourself out if you’re in a financial jam.

Imagine this scenario: You have a hard copy of a book you love. You take it on vacation with you. You lend it to a few friends. Then one day the editor of the book knocks on your door and says “We don’t like the way you’re using our product, so we’re taking it back. Oh, and you don’t get a refund, either.” Then s/he takes your book and walks out.

THAT is what Microsoft was trying to do to video gaming. THAT was what the Xbox One was supposed to be.

I implore anyone considering the Xbox One for their next console to reconsider–even with the backpedaling Microsoft has done. If you’re a hardcore Halo junkie, I doubt I am going to convince you. But if you enjoy gaming, if you like being able to play with friends, if you like the freedom that has come with your games in the past, don’t support Microsoft. Let them know in no uncertain terms that we gamers will not tolerate them or abusive video game publishers treating us like sheep they can force-feed whatever will make them the most profit.

**This is not hyperbole. It is also not a feature that was removed when people got furious.