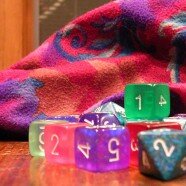 Allow Me To Introduce Myself 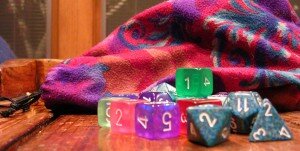 Roleplaying games came into my life during my senior year of high school, which was a very long time ago. In fact, I have been playing RPGs for longer than some of my fellow Princesses have been alive. While I had always been a fantasy and comic book nerd, it took an extroverted friend to drag me into the social chaos of gaming. The game was first edition AD&D, and rather than have me make a new character, they handed me an absent player’s halfling thief. I don’t remember too much about that game other than somehow surviving a TPK (Total Party Kill) by making a successful ‘Hide in Shadows’ check. What I do know is that day changed me forever.

Gaming became an ever evolving obsession in my life. First edition eventually gave way to second edition. The hack-and-slash high school antics of my early D&D group gave way to a more story and character driven group in college. Multi-weekly game nights and obsessing over Champions and World of Darkness characters eventually faded away as college gave way to the real world and the group I played with realized what a precious commodity free time actually is. After that came a dark period of little to no gaming, except that which I could find online (MU*s, EverQuest, etc). It took some time, but eventually that wasn’t enough. Despite a degree of shyness and uncertainty in new social situations, I worked up my courage and successfully found a new group to game with. That in turn led me to discover the joy of gaming conventions, both large and small. I found my tribe and there was no going back. 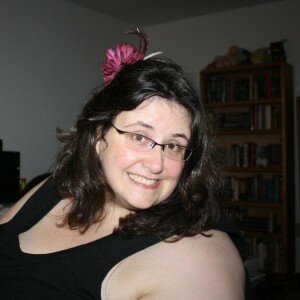 One reason I experienced such a long dry spell was because it simply never occurred to me that I could or should step into the role of Game Master. Between lofty opinions on what a game should be and players that delighted in manipulating and bending the rules until they nearly broke, I never thought I had what it took to be a GM. How could I live up to those standards or keep problem players under control? It was ten years ago, though, that I found that new gaming group (not so new anymore) where one of our core members was of the belief that EVERYONE should take a turn running a game. His favorite question is, “So what are YOU going to run for us?”

When faced with the eager expectation of a group of players that actually wanted me to run a game, I found my attitude and understanding of GMing changing. It took time and a couple different attempts at running games, but I came to understand that my skills as a storyteller trumped needing to have every single rule memorized.  It opened up a whole new side of this fantastic, wonderful hobby that I’d been missing out on.

As one of the authors in this Rogue Princess Squadron, I am incredibly excited about the opportunity to write about this hobby that’s been a part of my life for so long. My focus will mostly be on roleplaying games, where I will tackle the subject from both the passion of a player as well as the inspiration of a Game Master. I am hoping to talk about different ways to launch games, the differences between ongoing campaigns and one-shots, group dynamics both around the table and between characters, storytelling and improvisation techniques, and so much more. There are a ton of ideas in my head that want to come out and this blog has opened the door.

I look forward to sharing my thoughts, ideas and ramblings. Let the games begin!