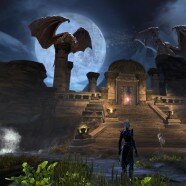 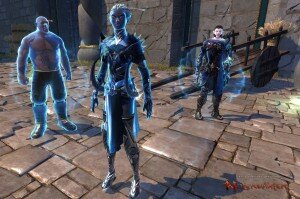 My rogue and and a couple of ‘my boys’.

So many faces in and out of my life
Some will last
Some will be just now and then
Life is a series of hellos and goodbyes
I’m afraid it’s time for goodbye again
~ Billy Joel, ‘Say Goodbye to Hollywood’

I was first introduced to online gaming just over twenty years ago. In the spring of 1994, a gaming buddy discovered I had a primitive internet account through the study lab I was working for at college. Excited to share what he’d discovered with someone else, he showed me how to log into PernMUSH. For the first time, I was interacting and gaming with people who weren’t in the same room.

In no time at all, I was hooked. Gaming with people online regardless of where they were was an amazing thing. I was chatting and gaming with people from all over the country and even elsewhere in the world. There was gaming to be done almost whenever I wanted and cool people to do it with. I can remember playing with people from Honolulu, London, and Sydney while I sat in a computer lab in western New York. It was a rush realizing I was living in the future. Eventually those early text based games were joined by MMOs and other online communities.

Even though I often label myself as an introvert, I’m a community junkie. While I enjoy the games, it’s the people I truly fall in love with. There was no way I wasn’t going to get hooked on online gaming. So for twenty years, I’ve been making friends online and I honestly don’t think anything is going to change that, even with knowing the downside. You see, as awesome as it is to find cool people online, it’s just as easy to lose them. 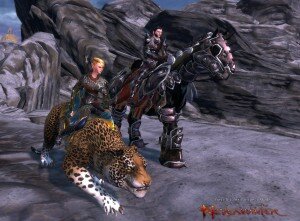 I’m not talking about arguments or a falling out between friends. Those do happen, but I’m talking about the practical and logistical problems of maintaining a friendship with someone you only know online. Friendships require work no matter the origin of the relationship, but when you can’t just call them up or stop by and check in on them, it can be even harder to stay in touch and keep those connections alive.

Sometimes they disappear without warning. One day they’re there, and then a few days later you realize you haven’t seen them in a while. Hopefully it’s just a temporary thing, some real life situation that needed attention, and when they come back, everything will go back to normal. Sometimes, though, they don’t ever come back to the game. Whether they simply disappear or they try and come back and it just isn’t the same, people can fade away. RubyBlue, Scooter, Kat, Bruce, Wolfeyes, Kdianno, and so on. So many names of so many awesome people that one day just stopped showing up.

Other times, the departure comes with warnings and a hard line drawn in the sand. These can be the hardest goodbyes because there’s no gradual separation. Promises are often made to stay in touch, but it can be difficult to maintain friendships when there’s not a common bond drawing you together on a daily basis. Regardless of whether it comes because of a problem or just a desire to move on, it doesn’t matter. Someone you care about decided to move on before you were ready to say goodbye.

Sometimes, and it’s important to acknowledge this, you’re the one that moves on first. I’ve never had a real life situation keep me from a game or made an announcement that I’m leaving a community, but I’ve still been the one to drift away. One day I realize I haven’t logged on in a while and it occurs to me I have no desire to go back, even when I miss some of the people. When I left Everquest, I steadily logged in less and less and when I realized I didn’t have the money to renew the subscription, I just stopped. I never said goodbye and I’m sure that some people wondered what happened to me. I hope they didn’t worry too much. 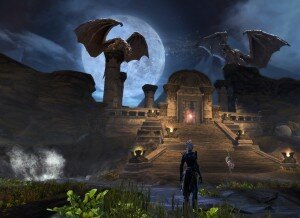 With the dawn and the commonality of social networking, it’s a little easier to stay in touch than it used to be. Many of the online friends I’ve made in recent years are now also friends on Facebook, or at least correspond once in a while via e-mail. It’s how I’ve in kept in touch with folks like Xabazu, RoseFyre, Ndainye, Vaziir, JenG, Dgjamie, and more. The relationship isn’t the same when the connection you once shared is gone, but it’s nice to stay in touch and know they’re okay.

The other day, a very good friend from Neverwinter, someone I care about quite a lot, let me know he’s quitting the game. It’s not a total surprise since I knew his frustration had been building for a while, but I had hoped he just needed a little break. When he told me he was planning on leaving, it was an emotional punch to the gut. He’s good people and he’s one of the reasons I’ve stayed hooked on the game. Though I understand all of his reasons, and I can admit that it is probably the right choice for him to make, it doesn’t lessen my sense of loss at his departure. We’ve made promises to stay in touch, but I know how tenuous that can be. I’m not ready to say goodbye even though I know it’s what he needs to do.

Is it all worth it? Is it worth investing a little piece of yourself in a friendship with someone you only know through the glow of a monitor? Especially when there’s a chance they’ll disappear? Despite the sadness I’m feeling right now, I think it is. Friendship at its best enhances us, even if it’s a friendship that’s only with us for a short time. We had a blast playing the game together and he made me a better player. Maybe even helped me be a little bit of a better person.

Yeah, it was definitely worth it.