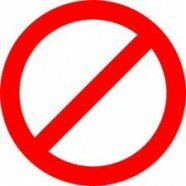 Have you heard the story about the suicide bomber? They found Angry Birds on his phone—he obviously got the idea from the game. You know, hours and hours of murdering pigs with birds, all that violence really got to him, screwed with his brain, and he snapped.

Well, what about the guy who was caught sticking his hands in people’s pockets to rob them in broad daylight? He learned that from Skyrim.

Wait, you haven’t heard that one either?

Well, certainly you’ve heard about the spate of violent carjackings that have been plaguing the county due to games like Grand Theft Auto and Saints’ Row, right? 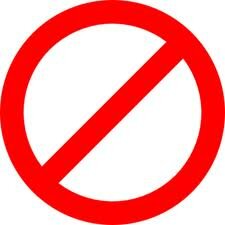 If your answer is “no,” that’s because that story, like the two before it, are all fake. “And the pretty ridiculous,” you might say. You’re right. They are. So why is it that people think it’s perfectly normal to argue Adam Lanza went and shot up Sandy Hook Elementary because of  video games?

Before I get too rant-y, let me say this: What happened at Sandy Hooks was a horrific tragedy. My heart goes out to the families who lost loved ones. I am not trying to make light of this situation.

Here’s the rub—Adam Lanza was mentally ill, but video games didn’t make him that way.

The politicians would have you believe violent video games are an anomaly. Hate to break it to you folks—they’re the rule. Everything from Pokemon to licensed Lego games to the wide variety of first-person shooters on the market are violent. It’s a mater of degrees.

But they’re all fake. Fantasy. Fiction. You may as well blame movies or books or rock & roll for the same thing you’re blaming video for—they’ve been around for a lot longer. Oh, wait, we did do that! Maybe we should try something else, this time—like soda. Among young men and women soda is VERY popular, you know. Probably Adam Lanza drank soda. Maybe it was the chemicals in the soda that made him do it. Or maybe it was Twinkies. I hear that’s a thing.

Seriously, whenever someone starts blaming video games, I want to bring them to see my collection. I don’t try to flamethrower people because I like to hurl fireballs in Skyrim or beat people to death with wrenches because I enjoy Bioshock, any more than I run around pretending to be a wolf because I love Okami. Almost everyone I know under 30 plays video games—none of them have been in jail for violent offences. Actually, as far as I know none of them have ever been in jail at all.

Gee, that might put a dent in this “Video Games Lead to Violence” theory. Then again, maybe I’m about to go crazy violent and I don’t even know it!

Or, maybe, maybe—and I might be getting close enough to Occam’s razor to be cut with it—it’s not a case of violent video games making people crazy, but people who happen to be mentally ill are scorned by those around them, and people who are scorned by their peers become loners, and an easy way to entertain yourself when you’re alone is video games. That would mean video games aren’t the cause of any of these violent outbursts, mental disease is.